Having spent countless days and months reading over and documenting the Espy materials, I have a come to appreciate what he was trying to accomplish. Having collected most of his materials before the Internet and the variety and number of sources he was able to gather shows his diligence and dedication. Sometimes the execution would be no more than a passing mention in a narrators recollections. Others would be thirty documents long having been written about over and over again. Some of those executed were well know criminals like, Bonnie and Clyde while others were not considered important enough at the time to bother publishing their names. A few were "special" enough to have invitations sent and this relic may be all that is left to inform the future of this person's death. I have read many letters written to court clerks, historical societies and libraries, following up on leads or requesting any information they may have about executions in their counties. This collection is a culmination of this hard and work. It brings to the front one of the darkest parts of our justice system. 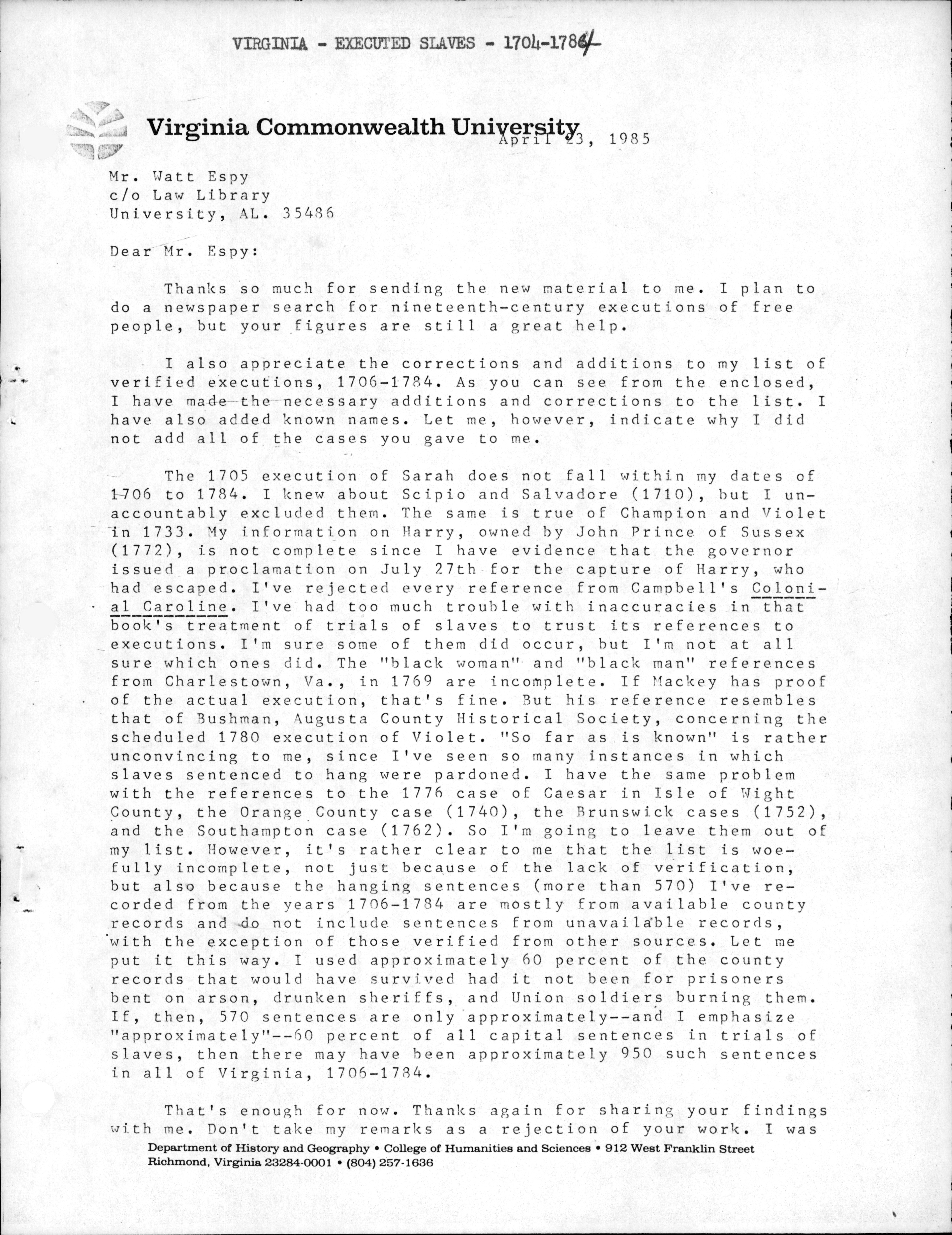 This project taught me something. Not just about the stories themselves and histories they told (although that is true) but about the difficulty of trying to document the past. Poor handwriting due either to sloppy writers, archaic style and language or poor photocopies made deciphering records a struggle. Then there is the decision of the correct spelling between a possible two (or three) options pulled from the source materials. Some documents seem to have left out all mentions of time period, location or name so I spent a lot of time searching for any clue as to who or what a record was about. Additionally, not all documents that belong together were obvious. It was a puzzle; looking for clues that potentially tie them to one another. I have a new appreciation for those who undertake these types of historical projects. 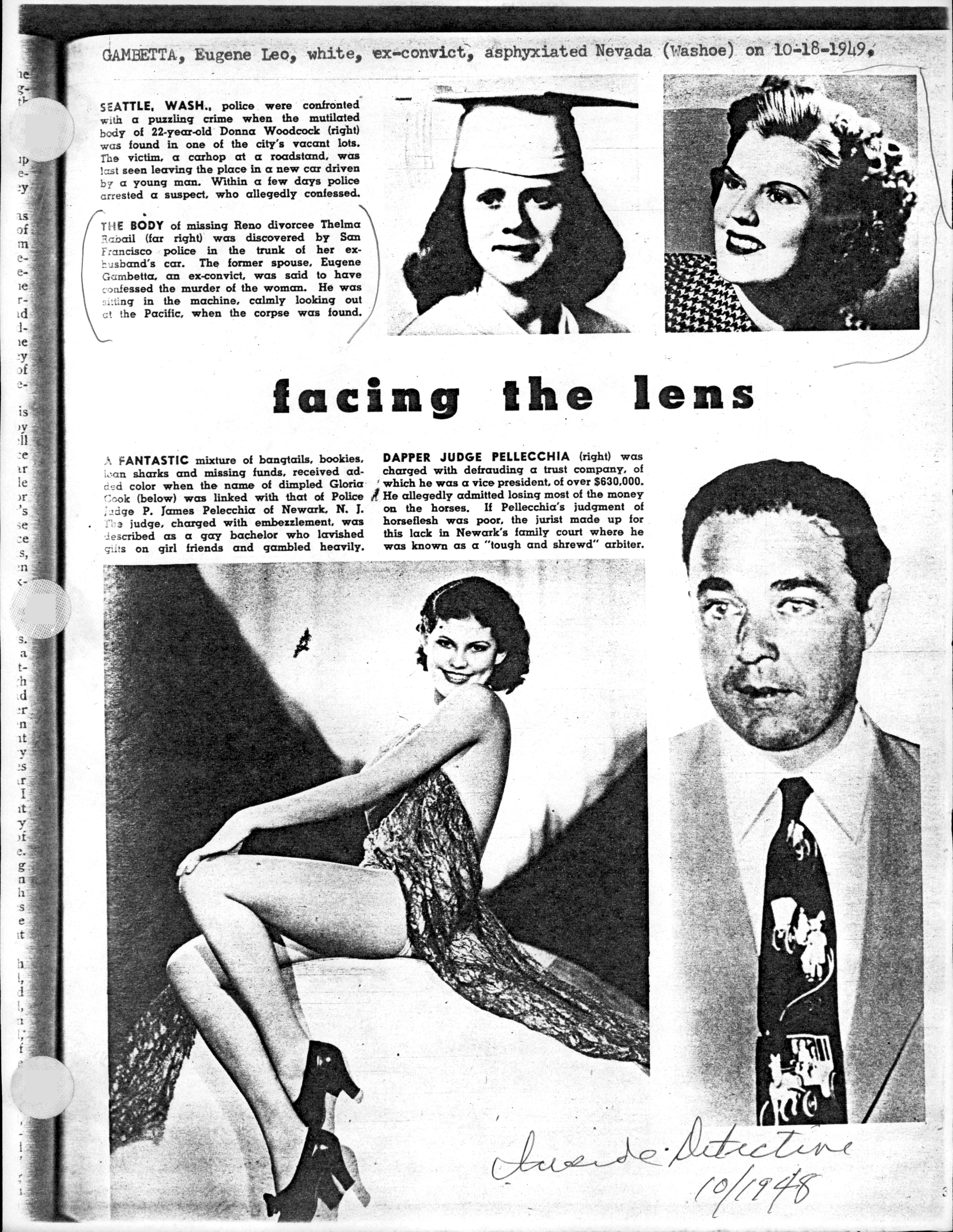 Detailed documentation: A page from a true crime magazine that discusses the case of Eugene Gambetta.

Finally, a couple things that stuck out to me. One was the states that very quickly abolished the death penalty. In Wisconsin, abolition took place in 1853 just five years after becoming a state. The first and last man legally hung by the State of Wisconsin was named John McCaffary. He was dropped from the gallows but did not die for over ten minutes according to a newspaper article. This was not the only such case. Numerous reports of botched executions, sometimes the result of a rope that was too long, have happened in most states I worked on. Unlike Wisconsin, though, other states did not see this as a reason to abolish the practice. To be clear, McCaffary was not the only execution in Wisconsin. There are an additional eleven records of extralegal lynchings, tribal executions, and executions prior to statehood. New Hampshire is also an anomaly. As one of the original thirteen colonies, I would have expected many cases of capital punishment as they have been around longer. New York and Virginia each have executed well over twelve-hundred people but New Hampshire only a couple dozen. Is it the size, location or something else? I could go on but once the project is finished I encourage you to check it out for yourself.