Access to this record group is unrestricted with the exception of one folder, which is marked.

The Womans Club of Albany Records include one hundred years' worth of information about all aspects of the Club. The collection is divided into eight series according to the organizational structure and activities of the WCA, flowing from the Board of Directors down to the members. It contains meeting minutes and annual reports for not only the Board of Directors, but for many of the different departments and committees. This will give researchers insight into what members discussed, the goals and focuses of groups within the WCA, and how all of these evolved throughout the years. The WCAs financial history is organized chronologically from the WCAs beginning in 1910 to its revitalization in recent years. This series contains a range of materials, from financial statements to general receipts to loan and mortgage paperwork. Most folders are ordered according to department or committee. As the financial papers were often kept in separate envelopes denoting a particular year and group within the WCA, the archivist retained this original order.

This collection also documents the membership of the WCA. Researchers should note that the Membership series is broken down into five separate subseries. There are both paper records and three sets of index cards; one set is comprised of early membership cards, another is a set of cards documenting individual resignations and dropped members ranging from the 1920s to the 1970s, and the last set is of cards recording the deaths of members. The use of multiple subseries reflects the original order of the content and preserves WCA's record keeping, which often changed over time.

Events and programs hosted by the WCA comprise their own series. The WCA hosted a range of events, such as rummage sales, plays, and an annual WCA anniversary dinner. Another series documents items published by the WCA. This includes event calendars sent to the members and copies ofThe Messenger, the WCAs monthly events publication. A subject file series contains information on a variety of topics, from materials about the New York Federation of Women's Clubs to WCA histories to an engineering/structural report on the Clubhouse.

Please note that the scrapbook series provides a significant amount of information about not only the WCA itself, but also the ever-changing world around it. Part of the series is unavailable to researchers and being evaluated for possible preservation treatment because of the delicate and fragile conditions of some of the scrapbooks.

It should be noted that the amount of content often coincides with the ebb and flow of the WCA's history. There is a generous amount of information available from the early decades when the WCA was prosperous, as well from the revitalization of the WCA in 2004 and beyond. There is much material missing from the late 1960s through the 1990s, which is when the WCA was not robust in terms of members or finances. This historical evolution is seen inThe Messenger. The Messenger began as a glossy magazine in the 1940s, but the WCA continually shortened the publication, transitioning first to a newsletter on legal sized paper and then to a newsletter on letter sized paper by the early 1970s.

Mrs. Elmer Blair, an active member of the New York State Federation of Women's Clubs, and 22 friends who saw an opportunity to make a difference in their community established the Woman's Club of Albany in 1910 based on the motto Let us be such as help the life of the future. The Womans Club of Albany dedicated itself to helping women and children as well as improving conditions in its surrounding area.

Membership within the Womans Club of Albany (WCA) grew quickly, reaching three hundred members by the end of its second year. In 1913 the WCA was incorporated and in 1919, it purchased its Clubhouse, located at 725 Madison Avenue. The members were divided into multiple departments, sections, and committees, focusing on various goals and issues. Within the first ten years of its existence, the WCA discussed timely issues such as Medical inspection of the Public Schools, began programs to help children stay off the streets, and even campaigned to have a woman member added to the City's Board of Education. By the 1930s and the beginning of the 1940s the WCA flourished; sufficient funds, an array of events and programs, and a membership of six hundred women, including honorary members. Honorary members were often the current New York State Governors wife, such as future President Franklin Delano Roosevelts wife, Eleanor Roosevelt. During this time period, the WCA also raised awareness of international conflict and often contributed to war efforts.

During the second half of the twentieth century, the WCA attempted to reinvent itself as membership dropped, the number of departments decreased, and the Clubs financial situation began a decline. In the 1970s the WCA tried to overhaul its image by shifting from activities with a civic emphasis to more social ones. By the 1980s the WCA once again tried to revitalize the organization by establishing itself as a center of cooperation among women in New York's Capital District for civic, literary, and philanthropic works.

Despite these attempts, the WCA continued to decline into the beginning years of the twenty first century. By the end of 2003 only three elderly members remained, the Clubhouse needed repairs, and the future of the WCA was in jeopardy. In 2004 five new women discovered the WCA while attending an event hosted in the rented Clubhouse. They joined the organization and were determined to revive it as a center of activity once again benefiting the surrounding community. Since 2004, the Womans Club of Albany has witnessed great improvement; membership is consistently increasing among women of all ages, the organization has undertaken restoration projects in the Clubhouse, and the WCA is once again involving itself in various philanthropic activities within the City of Albany and the surrounding Capital District.

The Woman's Club of Albany donated all of the materials in this collection to the M.E. Grenander Department of Special Collections and Archives in April 2012.

All series are arranged chronologically with the exception of Series 4, Subseries 1, 2, 4, and 5, which are arranged alphabetically.

Processed in 2012 by Jamie Brinkman. 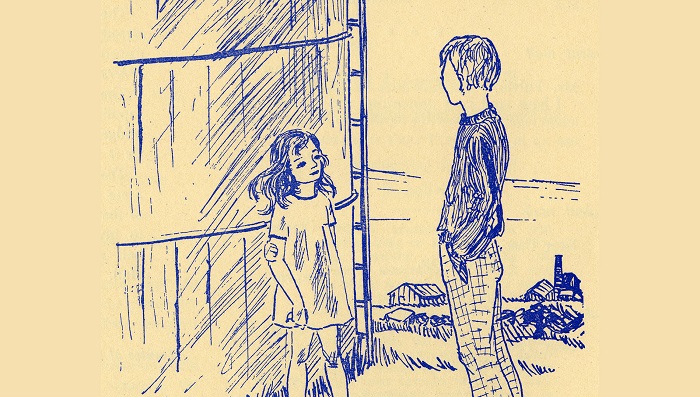 Restrictions:
Access to this record group is unrestricted with the exception of one folder, which is marked.
Terms of Access:
The researcher assumes full responsibility for conforming with the laws of copyright. Whenever possible, the M.E. Grenander Department of Special Collections and Archives will provide information about copyright owners and other restrictions, but the legal determination ultimately rests with the researcher. Requests for permission to publish material from this collection should be discussed with the Head of Special Collections and Archives.