Watt Espy kept detailed notes of the executions that he found in various newspapers, archives, books, correspondence, and prison records. While Espy's notes were often detailed, the records themselves often lacked information that helped identify the person who was being executed. Often times, the records would indicate the crime committed, when and where the execution took place, the name of the executioner, any fees that the execution produced, and sometimes they even identified the witnesses that attended the execution. Despite all of these details, the name of the person being executed was often left out. Usually if the person being executed was African American or Native American, not only would the record not contain their name, but it would also not contain their gender. This contrasted the execution records of white Americans, which usually had identifiable information including the name of the person being executed, their family, details of the crime, and their gender. For example, the people enslaved by of General Dillard of Lynchburg, Virginia are only identified by their master's name and their race. While there is information on General Dillard and his plantation, there is no other information on the enslaved people that were executed in June of 1863. That same year in Virginia, an extensive list of white men who were executed was made. In this record you can identify the person's first and last name, their gender, their age, their occupation, the county they were executed in, and the crime they committed. It is interesting to note that the records originated from the same year and in the same state, but the information that was recorded was based on the person's race, gender, and status in society. 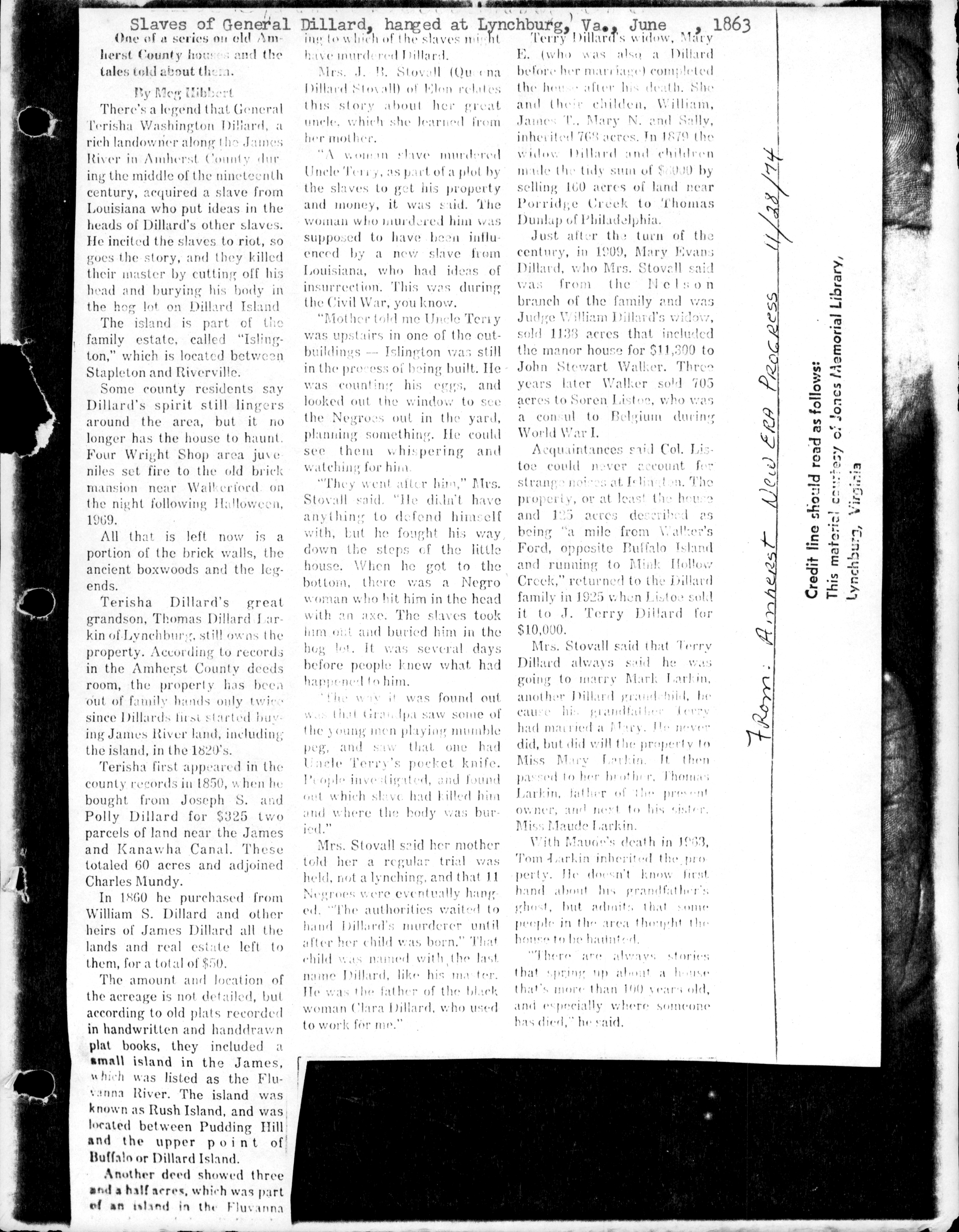 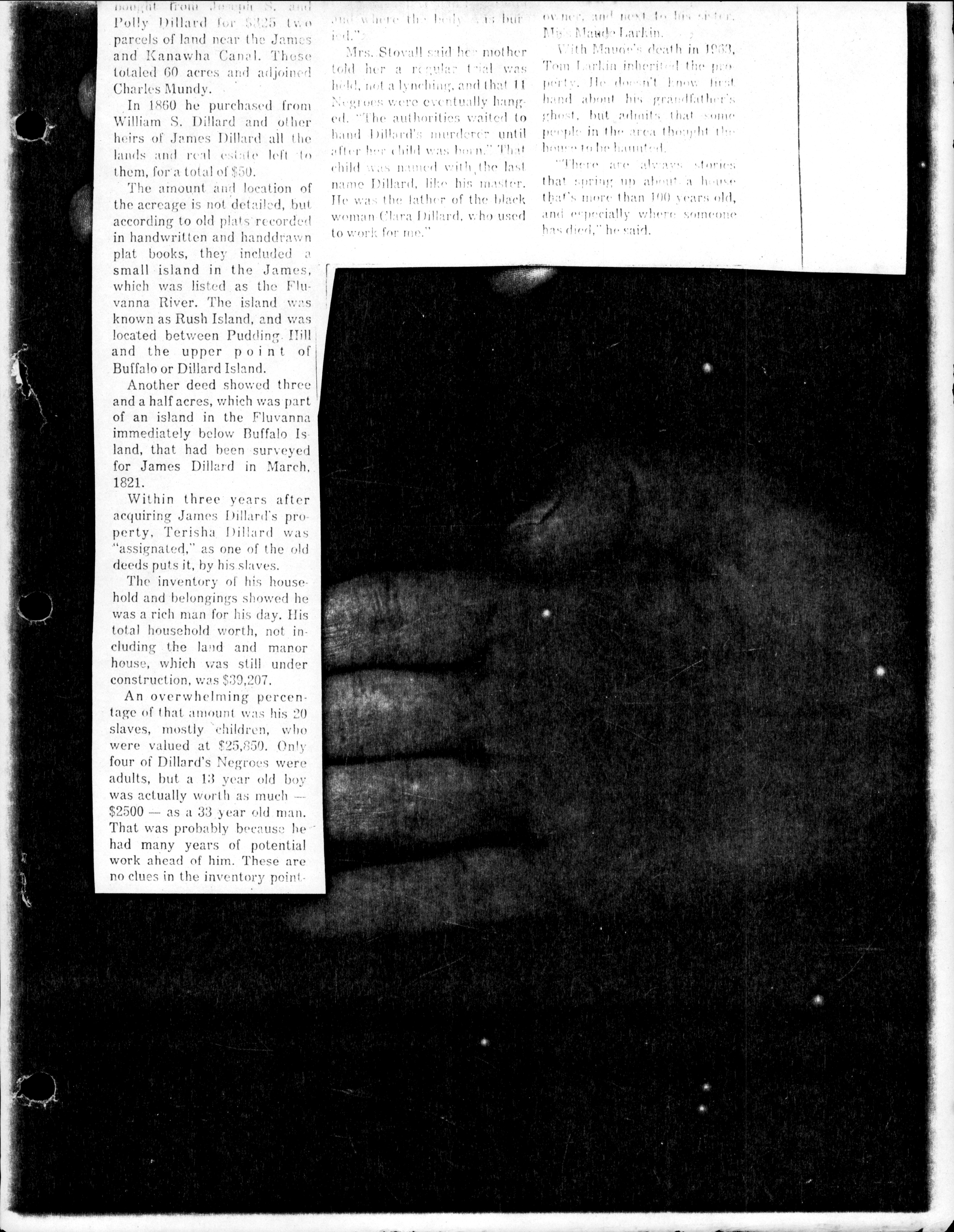 As an archivist, looking through the unidentified records was a challenge. In some records the only identifying information was the year that the person was executed, the county they were executed in, and the crime they committed. I had to keep in mind when linking the document that I could not assume the person's given gender. While most records stated if the person who was executed was female, I could not assume their given gender if it was not listed. As an archivist, these documents taught me a valuable lesson on how to identify and process records. I had to make sure that I was providing as much information as I could without making assumptions about the people in the records. I urge researchers who are analyzing the collection to make sure that they are aware of the limitations of the sources and to make sure that they also are not making assumptions about the executed. By focusing on the information that the sources lack, you can learn a lot about record keeping and thoughts about race and gender in American society. 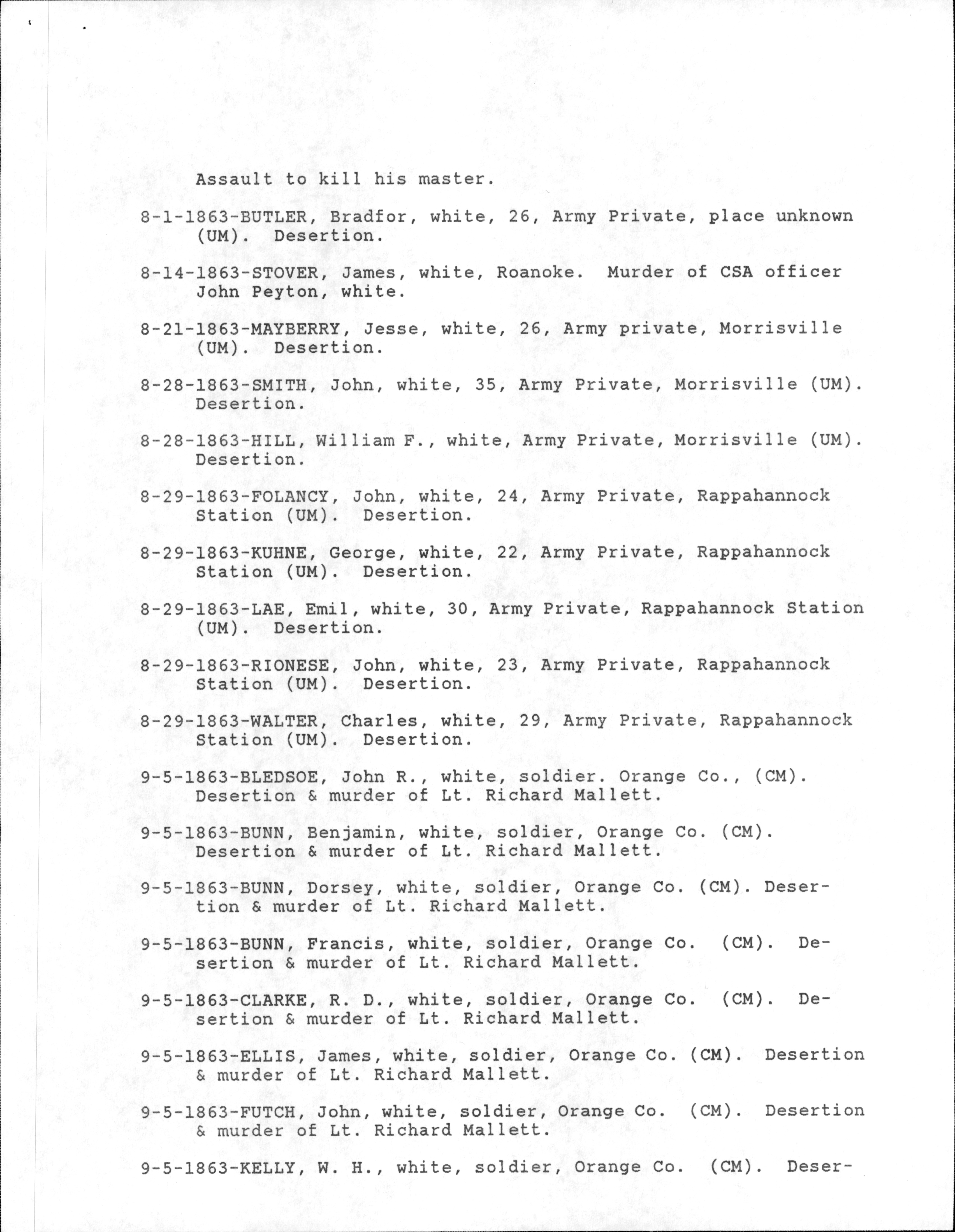