The application for the 2020 Patricia Stocking Brown Award is available.
The deadline for this year's application is March 31, 2020.

Cash awards will be given to one (1) undergraduate student and one (1) graduate student who submit the application describing a research project/class paper related to the history of feminist or social justice advocacy and activism using materials in our Libraries’ M. E. Grenander Department of Special Collections & Archives. The awards are $250 for undergraduate and $500 for graduate students. The award is open to students of all and any gender identity and expression.

The awards will be based solely on the submitted applications using the following criteria: clarity of work plan, relevance to social justice, and proposed use of specified research materials in the M. E. Grenander Department of Special Collections & Archives. The committee will not consider applications not listing materials to be used from Special Collections & Archives. 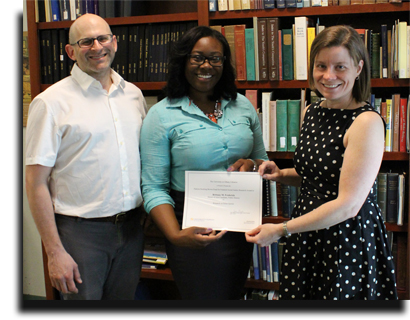 Award recipients have researched a variety of topics using collections from the Department of Special Collections & Archives. Past topics have included the uniqueness of the lesbian community in the Capital District since the 1970s; United Tenants of Albany, an area housing advocacy group, focusing on the disproportionate impact of a lack of affordable housing on low income women; 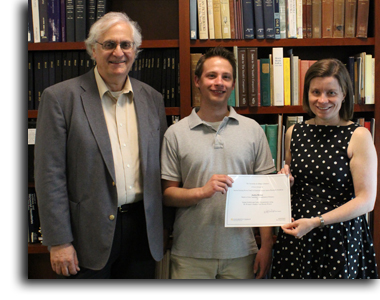 efforts to provide on-campus child care at the University at Albany; the life and work of labor activist, feminist, and Schenectady, New York resident Helen Quirini; feminist social justice during the early years of the Department of Women’s Studies at the University; and Kate Stoneman, Class of 1866 and later faculty member of the New York State Normal College (now the University at Albany), who became the first female lawyer in the State of New York. In addition to research papers and studies, recipients have produced digital exhibits and film and audio documentaries.

The award honors Professor Patricia Stocking Brown, who taught Biology and Women's and Minorities' Studies for 35 years at nearby Siena College. Trained at the University of Michigan in comparative endocrinology, and a self-described feminist, Patricia Stocking Brown was the first female faculty member in the sciences at Siena. There she established an extraordinary career as a caring and rigorous teacher and researcher who promoted student research, feminist analytical thinking and evidence-based medicine. Brown was the wife of University at Albany Distinguished Teaching Professor of Biology Emeritus Stephen C. Brown.

Professor Patricia Stocking Brown died in 2004 from metastatic breast cancer. The University at Albany Libraries' Department of Special Collections & Archives holds Brown's papers along with those of the grassroots nonprofit Capital Region Action Against Breast Cancer (CRAAB!), which she co-founded in 1997, and the New York State Breast Cancer Network, a coalition of grassroots breast cancer groups around the state, she co-founded soon after.

Donors from the University at Albany's Women's Studies and Biology Departments, including Professor of Women's Studies Emerita Bonnie Spanier, established The Patricia Stocking Brown Fund for Feminist Social Justice Research in University Libraries to support and promote students' interest in and use of primary materials related to the study of social justice, housed in the Department of Special Collections & Archives. Award applicants must be a registered University at Albany graduate or undergraduate student and currently engaged in or planning a research project/class paper related to social justice. Awardees must utilize at least one manuscript or archival collection at the University as part of their research.