Access to portions of Series 1, 3, 5, 6, and 7 is restricted. All folders marked with an asterisk are restricted and requests to view these materials must be discussed with a staff member. All other series are unrestricted. Consult a staff member for further details.

Series 1 contains the Board of Directors Files, roughly between 1942 and 1986. This series consists of correspondence, meeting minutes of the Board of Directors (1977-85) and the Executive Committee (1971-73, 1984), and committee files created or gathered by the executive director, chairman, president, general secretary, and committee chairs of the Association. It also contains biographical information about prospective board members gathered by the Nominating Committee (1963-67, 1969, 1971-72, 1974-82, 1984). Other documents in the series include meeting agendas, memoranda, grant proposals, reports, membership statistics, and records concerning bequests and endowments made to the Association. This material concerns prison conditions, children of offenders, sentencing policies, court rulings concerning prisoners' efforts to form labor unions, construction of new correctional facilities, and the operations of the Association itself. Letters from inmates concerning living conditions in various correctional facilities, transfers from one facility to another, health issues, allegations of abuse by corrections officers, and post-release work arrangements and drug-rehabilitation programs are scattered throughout the series. One of the letters (1985) directed to Correctional Association President Robert Gangi was written by Jean Harris, who became interested in the special problems of female inmates and their children during her imprisonment for murder. Note that the files created by the Institution's Visiting Committee are housed in Series 3, Prison Visits Files, circa 1915-85, and files created by the Narcotics Committee are housed in Series 4, Narcotics Committee Files, 1949-75.

Series 2 contains annual reports from 1846-1979 on 11 reels of 35 mm microfilm in the University Library's Microfilm Collection (Call No. HV 8987 P684). This series consists exclusively of the printed annual reports on prison and jail conditions that the Prison Association/Correctional Association submitted to the New York State Assembly. The reports contain minutes of meetings, presidential addresses, committee reports, reports on individual prisons and prison conditions, prison reform campaigns in New York State, transcripts of testimony before the NYS legislature on pending policy measures, and lists of members and corresponding members of the Association. Reports published during the latter half of the nineteenth century chronicled the Association's role in establishing national and international prison reform organizations and conferences and furnished information about prison policies elsewhere in the United States and the world. Bound copies of the 1867-1878 and 1921-1969 Annual Reports are also available in the M.E. Grenander Department of Special Collections and Archives.

Prison Visits Files (circa 1915, 1962, 1974-85) may be found in Series 3. This series consists of material generated in connection with the Correctional Association's statutory responsibility for inspecting jails, prisons, and adolescent detention facilities in New York State. Documents in this series were created by the Association's General Secretary, Institution's Visiting Committee, and other personnel. The series includes correspondence, prison visit reports, prison tour requests, memoranda, affidavits, and various court records. Also included is records concerning Correctional Association President Adam McQuillan's 1977 visit to the Southern Ohio Correctional Facility. The only document from circa 1915 is a pamphlet describing a traveling exhibition about the New York State prison system.

Series 4 is the Narcotics Committee Files, (1949, 1962-72, 1975). This series was created by the Association's Narcotics Committee, which apparently kept its records separate from other material generated by members of the Board of Directors. It contains reports, pamphlets, articles, brochures, memoranda, news clippings, and some correspondence. Among the subjects covered are: the New York State Narcotics Addiction Control Commission, drug rehabilitation programs, the Federal Bureau of Narcotics, and methadone maintenance programs.

Program and Bureau Files from 1967-83 are in Series 5. This series contains material created or collected by Correctional Association staffers responsible for operating programs that furnished direct services to inmates and their families. The Association's Family Services Bureau, Legal Services Bureau, and Social Services Bureau were long-term programs that were phased out during the late 1970s and early 1980s. Programs established during the 1980s were grant-funded demonstration projects designed to encourage emulation; the Association did not have the financial resources needed to sustain long-term social service programs. Of interest particular interest was the Association's short-term program to furnish counseling services to young offenders sent to the Adolescent Reception and Detention Center on Riker's Island (1981-82). Also of interest are the documents generated in connection with the Association's efforts to establish an Ombudsman Program (1972-73) and the ensuing resistance of Governor Nelson Rockefeller and state correction officials to such a program.

Project Files from 1974-88 are found in Series 6. This series consists of material created or collected by Correctional Association staffers and board members engaged in short-term projects designed to produce written reports about various aspects of the correctional system; copies of many of these reports are included. Of particular interest are the Case Histories Project (1983-85), Idle Time Project (1981-85), and the Prison and Jail Conditions Project (1982-86), which entailed extensive surveys of conditions and inmate programs available in New York State correctional facilities and generated correspondence and other material from inmates. Also of note is the Prison Mental Hygiene Project (1985-88) that documents the programs and resources then available to prisoners with mental illness and developmental disabilities. Two of the projects, the State Planning Project (1981-82) and the Prison Overcrowding Project (1982-84), concern crowding in prisons and alternatives to new prison construction. This series also contains material generated in connection with the AIDS in Prison Project (1985-88), the Budget Education Project (1983-85), the Latino Project (1985-88), and proposals for several other projects that the Association did not complete. Please note that all material that contains inmates' names and other identifying information is restricted.

Series 7 contains subject files from 1947-88, but the majority of files are from 1970-85. This series consists of a wide array of material concerning correctional facility operations, criminal law and the criminal courts, juvenile offenders, rehabilitation programs, and other subjects in which the Correctional Association was interested. Documents include published reports, news clippings and newsletters of other organizations, affidavits, and brochures. Correspondence from various Correctional Association personnel is scattered throughout this series. Most of it is routine (e.g., requests for copies of reports), but some of the files dating from the 1960s contain copies of letters detailing specific aspects of New York State criminal law and correctional facility policies.

Miscellaneous Publication Files can be found in Series 8 and are rather sporadic (1944, 1976-79, 1982-86). This series consists of material produced or collected by the Correctional Association. It contains a handbook, manual, brochure, book, pamphlet, bulletins, and annual reports published by the Correctional Association. There is also published and unpublished material that the Association gathered and reproduced upon request. Topics covered include alcoholism, the prison population explosion, correctional costs, and annual reports of the Association to the New York State Legislature. Only one publication dates from 1944.

Series 9 is the Publication by Others Series, 1961-75 and contains articles, papers and reports created or received by the Association and reprinted for distribution on request. Topics included are alcoholism, narcotics addiction, problems of the criminal justice system, recidivism, mental health, juveniles and crime, pornography, victimless crimes, and General Secretary reports of the Association.

Series 10 contains foundations and fundraising files from 1962-88. This series contains information about numerous philanthropic foundations from which the Association sought funding. These files were kept separate from other records created or gathered by Association staff and contain annual reports and other items published by numerous foundations, applications for funding, and correspondence. Also included is Association staffers' and board members' manuscript lists of contacts, fundraising ideas, and internal memoranda.

During the nineteenth century, the organization took a leading role in prison reform in the United States and the world. It formed the National Prison Association (now the American Prison Association), a nationwide umbrella organization, in 1870. Two years later, it started the International Prison Congress, a world-wide gathering of prison officials and social reformers that met every five years. The League of Nations eventually assumed responsibility for running the conferences, which are now held under the auspices of the United Nations.

The Association sought to ensure that prisoners had opportunities to acquire formal education and advocated the creation of prison libaries (1904-24). It also fought to ensure that prisoners could learn a trade while incarcerated and that their labor was not exploited. Other policies the Association advocated included: a prison classification system; opposition to corporal punishment (1844-64); the Presidential Commutation Act; special care facilities for inmates afflicted with tuberculosis; establishment of a psychiatric clinic at Sing Sing Prison; creation of the New York City Parole Commission; establishment of prison libraries (1904-24); development of policies which enabled prisoners to contribute to the war effort by working in war-related industries (1940-42); establishment of a Crime Victims Compensation Board (1965-66); creation of an adequate public defender system [. The Prison Association of New York, One Hundred Years of Faithful Service, 1844-1944 (New York: The Prison Association of New York, 1944), 3-7. A copy of this publication is housed in the Correctional Association History, 1955-83, folder, in Series 1, Board of Directors Files, 1942-88].

In the 1960s and 1970s, the organization advocated the establishment of a Crime Victims Compensation Board (1965-66) and pressed for the decriminalization of pornography, sexual acts between consenting adults, and other crimes it deemed "victimless" ["Draft-Scope of the Association's Activities", circa 1975, in Correctional Association History, 1955-83, folder, in Series 1, Board of Directors Files, 1942-88].

All items in this manuscript group were donated to the University Libraries, M.E. Grenander Department of Special Collections and Archives, by the Correctional Association of New York in 1990. A further accession was received in August 2006

The collection is organized as follows:

Processed in 1990 by Cynthia A. Morrison with revisions made in 2000 by Bonita L. Weddle and Rosann Santos.

Related collections in the M.E. Grenander Department of Special Collections and Archives can be found in the subject guide for Criminal Justice and Prisons. 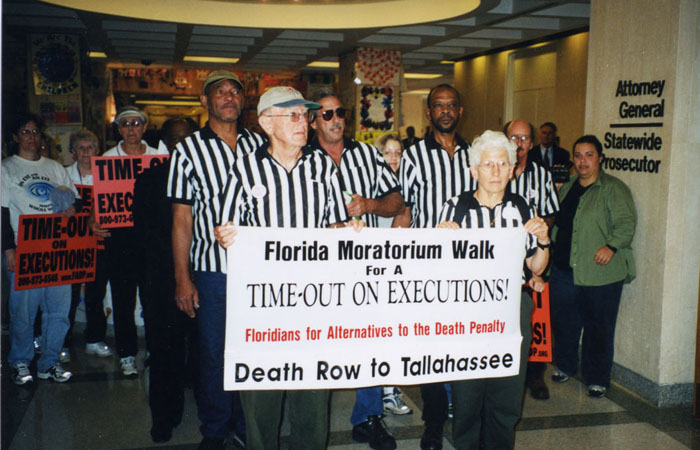 Restrictions:
Access to portions of Series 1, 3, 5, 6, and 7 is restricted. All folders marked with an asterisk are restricted and requests to view these materials must be discussed with a staff member. All other series are unrestricted. Consult a staff member for further details.
Terms of Access:
The researcher assumes full responsibility for conforming with the laws of copyright. Whenever possible, the M.E. Grenander Department of Special Collections and Archives will provide information about copyright owners and other restrictions, but the legal determination ultimately rests with the researcher. Requests for permission to publish material from this collection should be discussed with the Head of Special Collections and Archives.